At the beginning of the eighteenth century, a new and unique genre of painting developed in Mexico. Designed to depict and classify the miscegenation occurring between the three main racial groups (Spaniards, Africans, and Indians), these sets of paintings (usually fourteen to sixteen) contain a wealth of information on the daily life, diet, occupations, clothing, habits, utilitarian objects, and recreations of the era. Often commissioned for export to Spain, casta sets advertised the monetary wealth and natural abundance, in both products and people, of the American territories. The emphasis on ostentation and public display of wealth and abundance in castas became a conscious construct of Mexican self-image and can be associated with the growing nationalism of the late colonial period in Mexico.
At the same time, the new genre of casta painting also reflects the desire to reinforce the stratification of social classes, a European system that was fast breaking down in the New World as a result of various factors, including racial mixing, access to wealth (especially among miners and merchants), and social mobility. The paintings increasingly attempted to reinforce upper-class conceptions of social stratification by privileging family groups that included a Spanish male—showing them early in the series (usually in numbers one to six) and furnishing them with details that suggested a more affluent lifestyle than that of other racial mixtures.
Like many castas, this one portrays a family engaged in domestic activities in the privacy of their home, thus providing a rare glimpse into the daily life of eighteenth-century Mexico. In this intimate painting, the African mother prepares hot chocolate on the stove in a copper pitcher particularly developed in Mexico for its preparation. The young son holds a silver brazier with hot coals for his father to light a cigarette. Both chocolate and tobacco were American products, unknown in Europe prior to contact and quite popular by this time. The family wears clothing reflecting the hybridity of colonial culture: the man’s dress coat is a banyan (housecoat) imported from Asian, the child wears a European coat, and the mother wears the Mexican striped rebozo (shawl), ubiquitous among women of the lower and middle classes in colonial Mexico.
Other castas from the same series as this example have been identified in a private collection in Monterrey, Mexico, and in the Philadelphia Museum of Art.
-- Donna Pierce, 2015 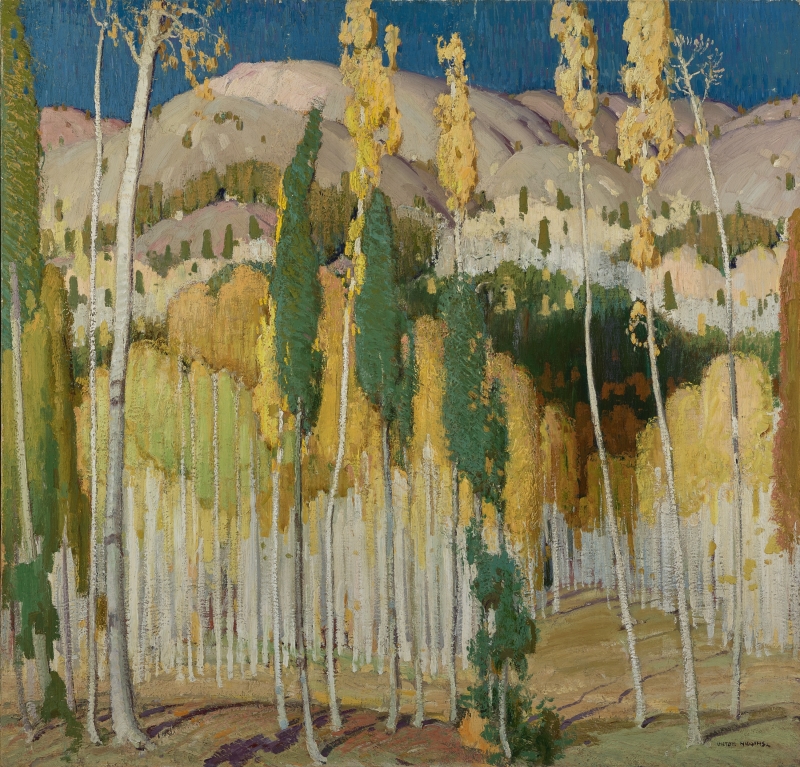 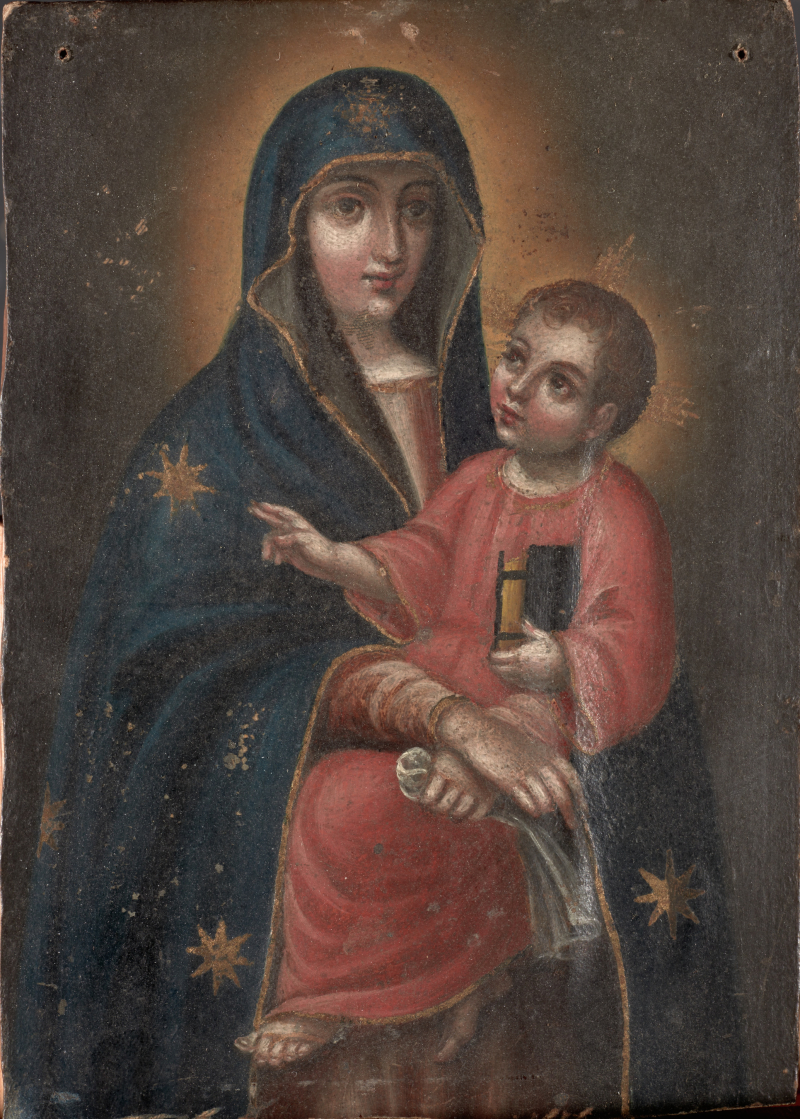 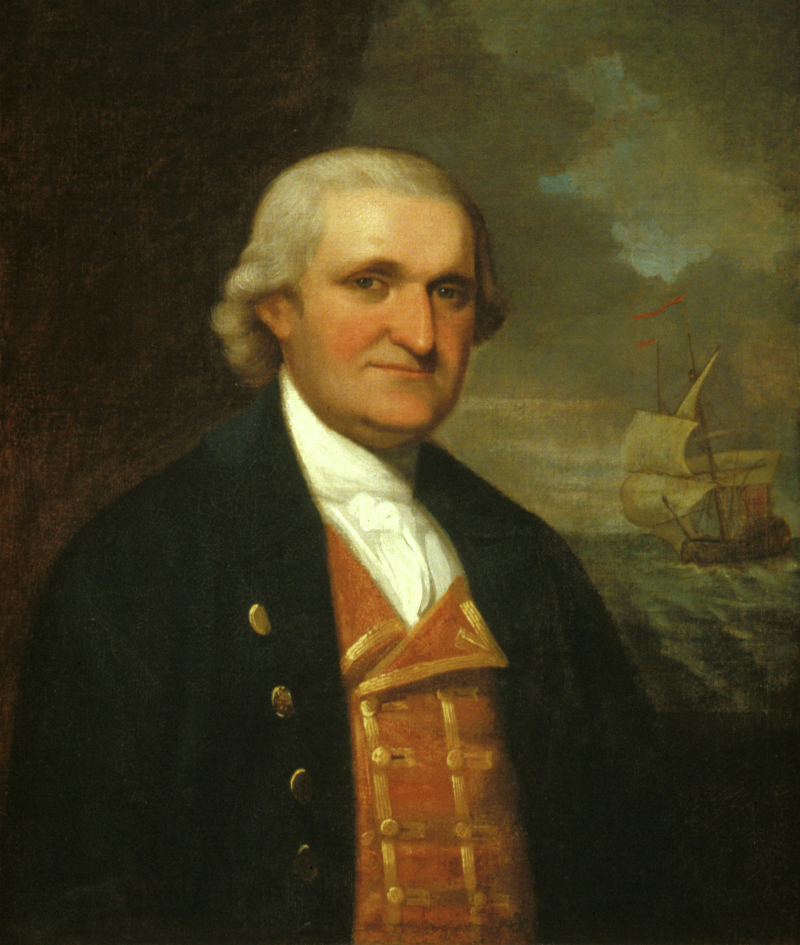 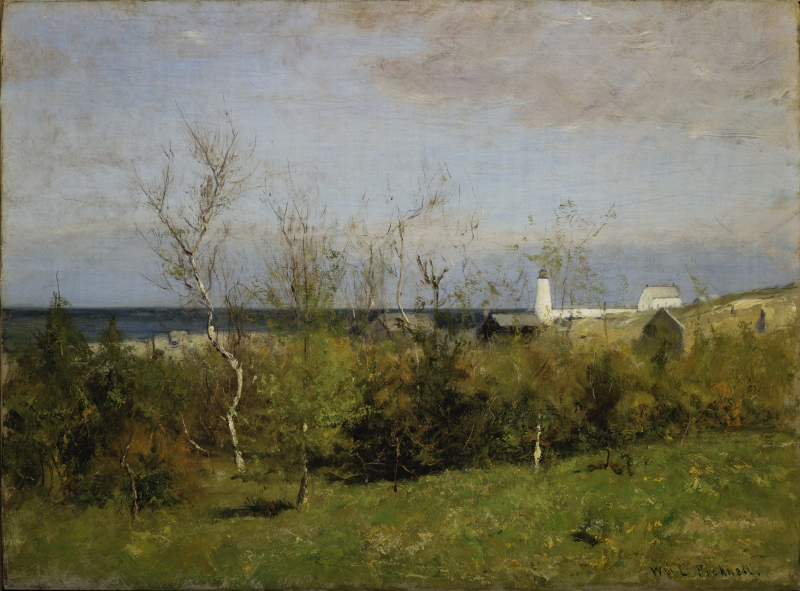 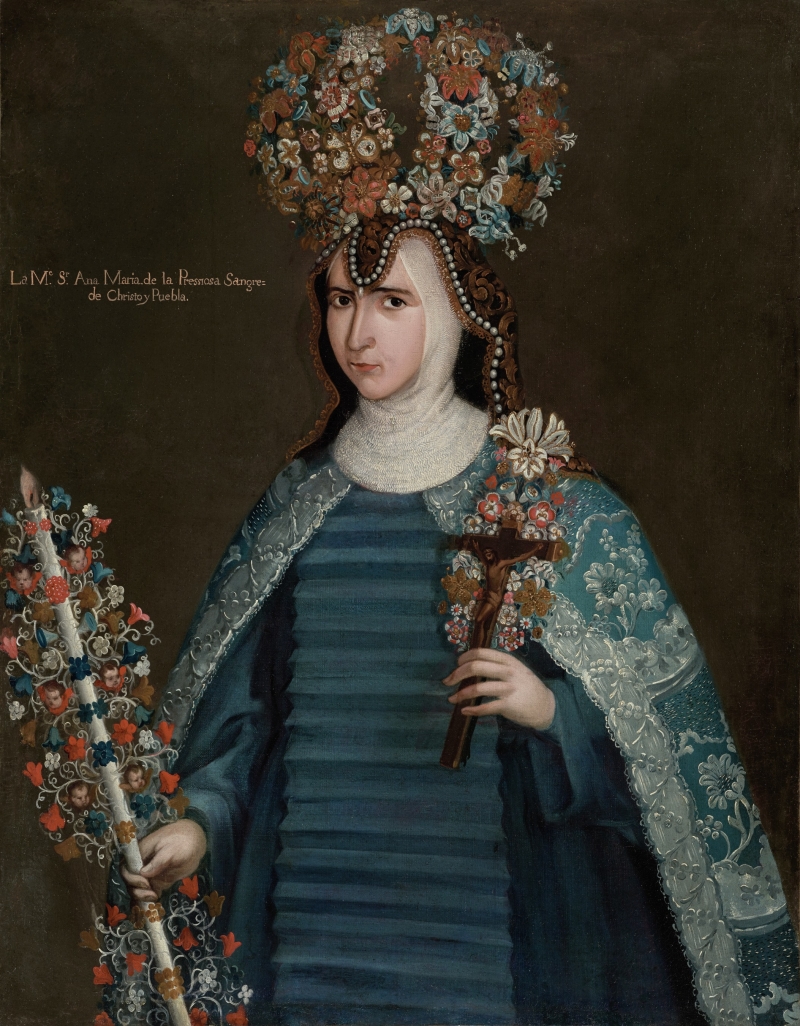 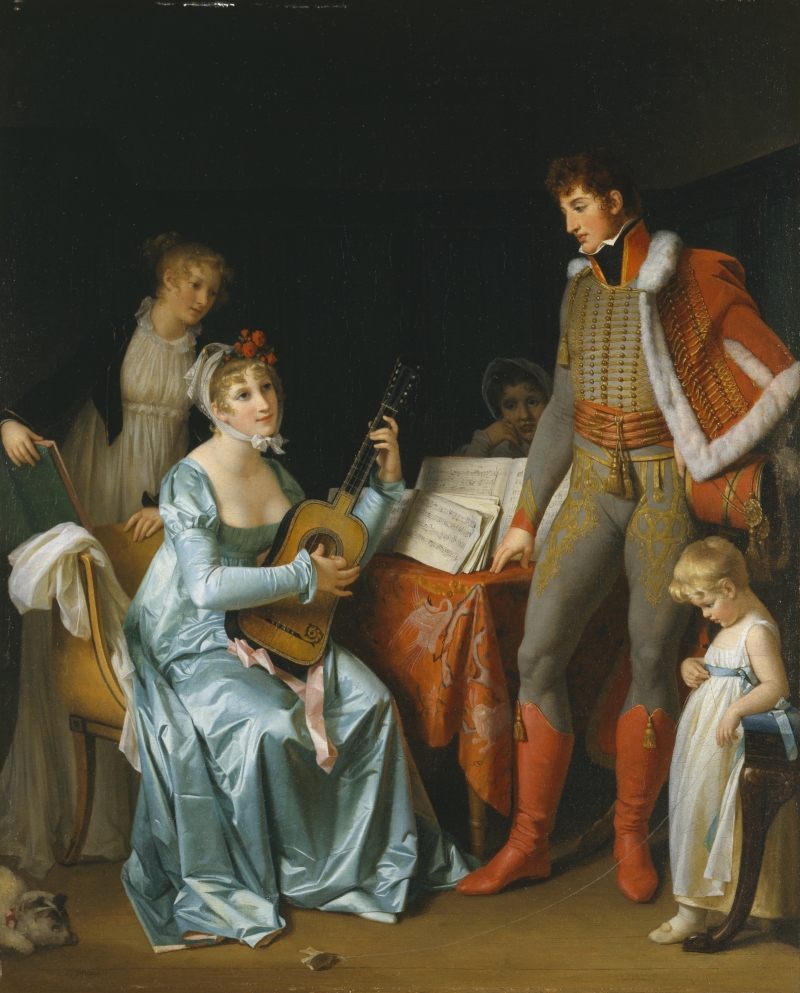