Sebastian Lopez de Arteaga, Apparition of Saint Michael on Mount Gargano. Mexico, about 1650. Oil on canvas, 75 x 61 in. Gift of Frank Barrows Freyer Collection by exchange and Gift of Frederick and Jan Mayer; 1994.27.

As part of the colonization effort in the Americas, Spaniards founded towns with cathedrals and civic buildings and established mission churches and schools in Indian settlements. Artists emigrated from Europe, particularly from Spain, Flanders, and Italy, to decorate these new buildings. Sebastián López de Arteaga arrived in Mexico from Seville around 1640. Since he died in 1652, only a handful of paintings survive by his hand.
This large, spectacular painting of the archangel Michael is signed by Arteaga in the lower left and dates from around 1650. It depicts the appearance of Saint Michael on Mount Gargano (in the boot heel of Italy) to a local bishop (lower left). Michael is explaining to the bishop that he caused an arrow shot by an angry farmer at his runaway bull to return toward the farmer instead. The miracle scene is visible near Michael’s left knee.
-- Donna Pierce, 2015 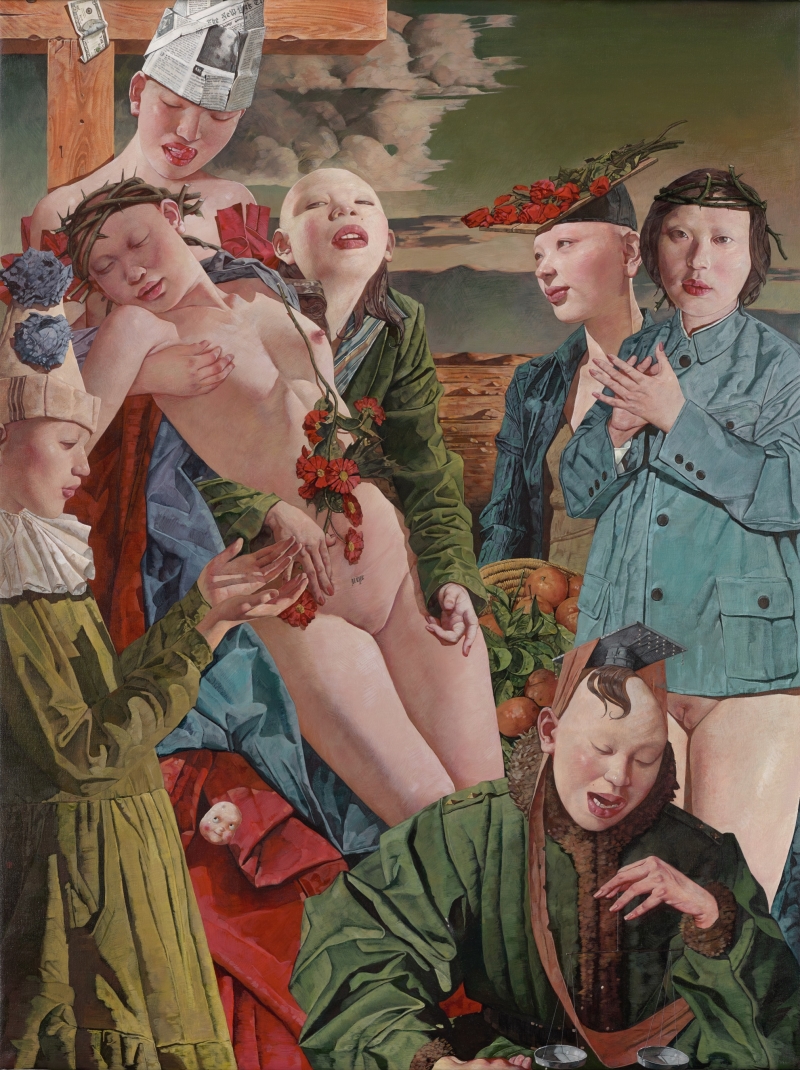 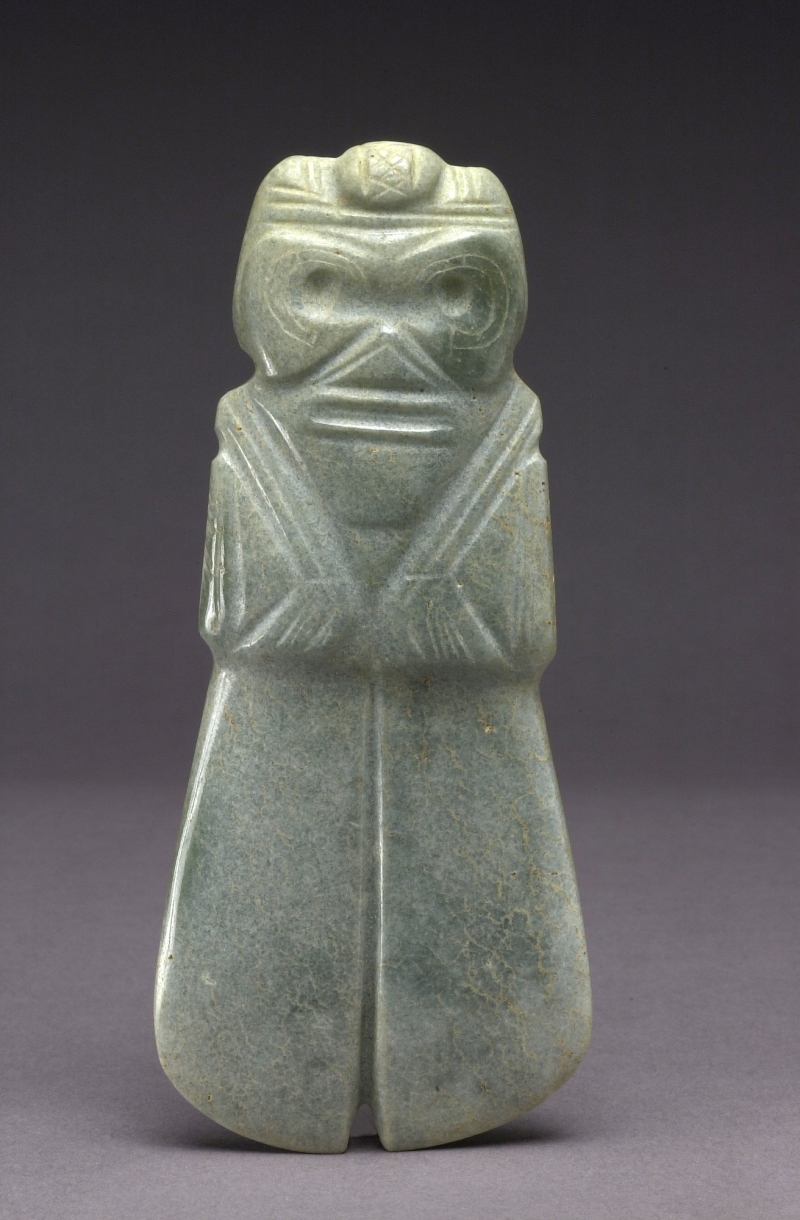 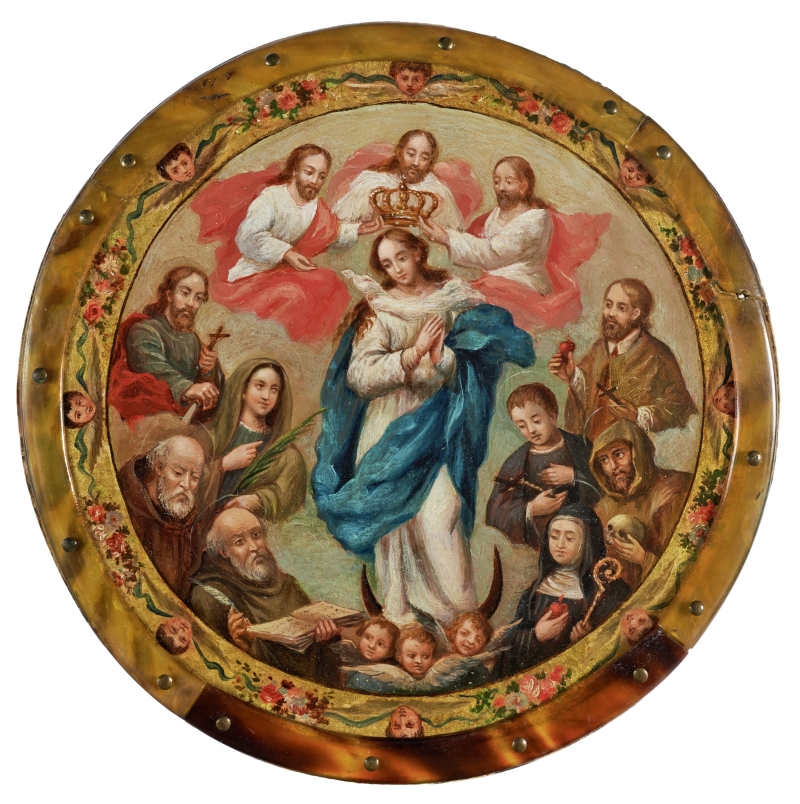 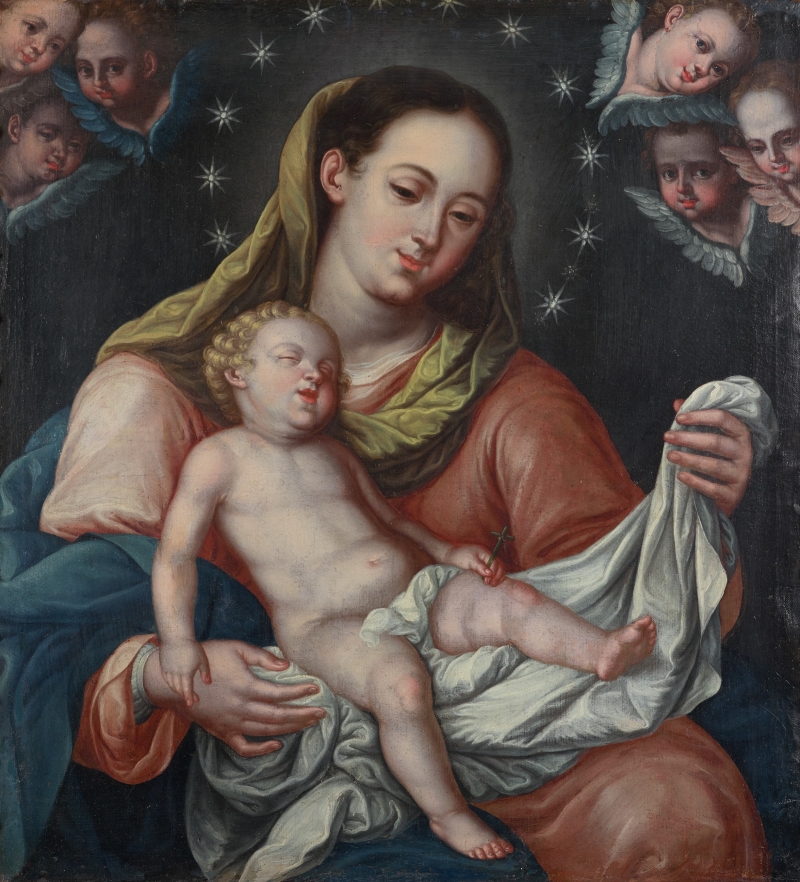 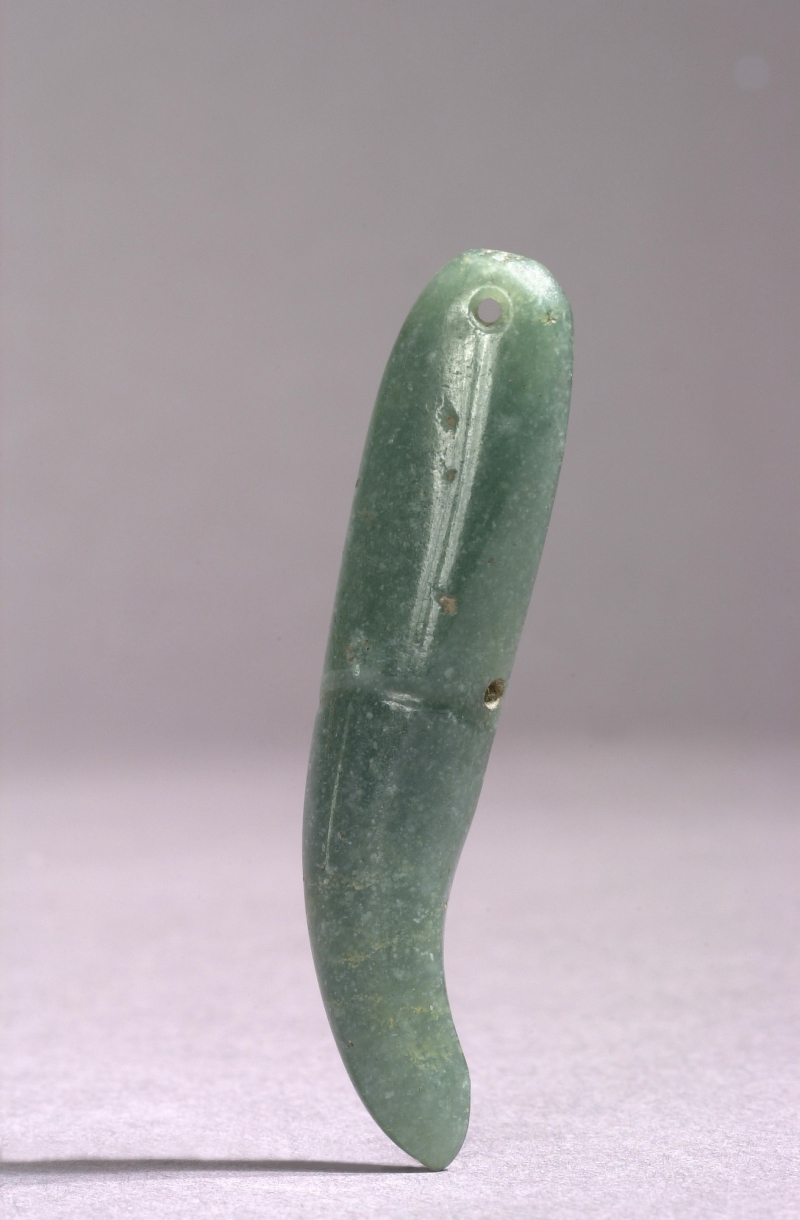 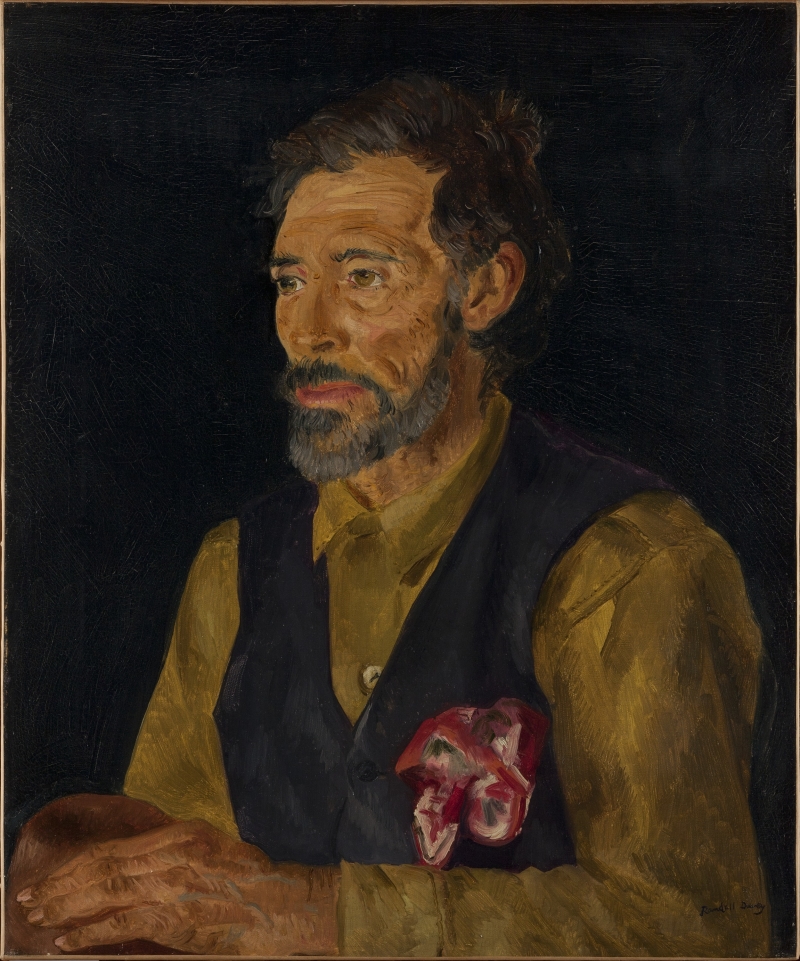