Mold-impressed, burnishing and slip at lip, hand-finished with applique.

Gift of Dr. M. Larry Ottis and Nancy B. Ottis

This tripod vessel is mold-impressed with two identical panels, each of which depicts a complex scene involving the emergence of a figure from the back of the turtle earth (the ancient Maya envisioned the earth as a great turtle floating upon the primordial sea). The base of the vessel is decorated with a row of appliques in the form of cacao beans. Highly valued and widely traded, cacao was produced along the Pacific coast of Guatemala, where this vessel was produced.

Each panel depicts two human figures. The larger of these stretches across the bottom of the scene. His legs, positioned in a swimming pose, are seen at the bottom left of the scene, and he appears to excrete verdant, sprouting vegetation. His body takes the crescent form of a turtle shell. His head, shown in profile and wearing a deer headdress, is depicted at the right of the scene, above his proper left hand and proper right arm. This figure can be identified as an elderly god known by scholars as "God N," who was believed to sustain the world and its four corners. God N is frequently fused with the turtle earth in Maya art (see, for example, 1956.107 and 1972.158). This figure, then, represents the earth, its center, and four directions, fused into a single form.

From the back of the God N Turtle Earth emerges a second figure. His arms are spread wide, and he wears a large, rectangular headdress. In front of his nose is a "breath bead," used in Maya art to represent the precious, moisture-laden quality of living breath. His torso is covered by a large shield, marked with a sign scholars call a "Reptile Eye Glyph." The subject of continuing debate, this symbol (an abstracted caiman's eye) is closely linked to ideas of the crocodile earth as well as terrestrial symbolism more generally. Therefore, although many of the aspects of this scene are not well-understood, it clearly references to the emergence or birth of an individual from the earth.

The simple designs on the vessel's three feet support this conclusion. Each of these is marked with a kan cross, a symbol that alludes to the four directions and center. During the time of the Spanish Conquest, the word "kan" was specifically associated with the color yellow and ripeness (as in a ripe, yellow ear of corn), though it appears to have been more closely connected with turquoise and preciousness in ancient Maya contexts. 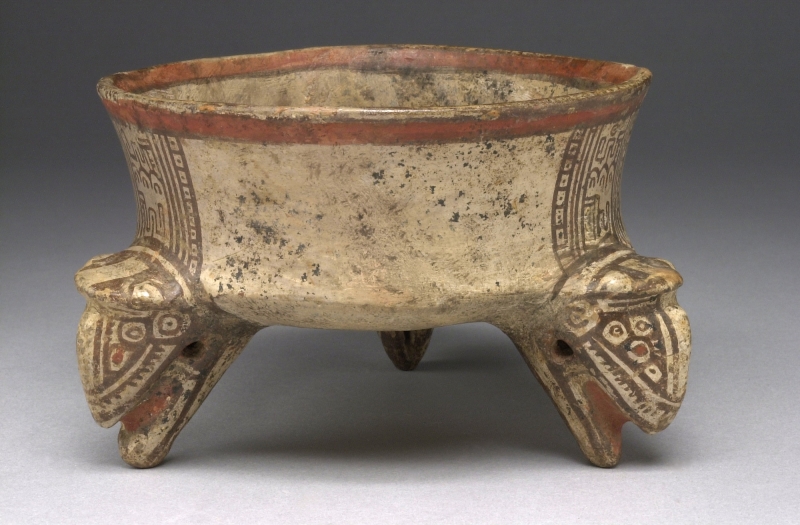 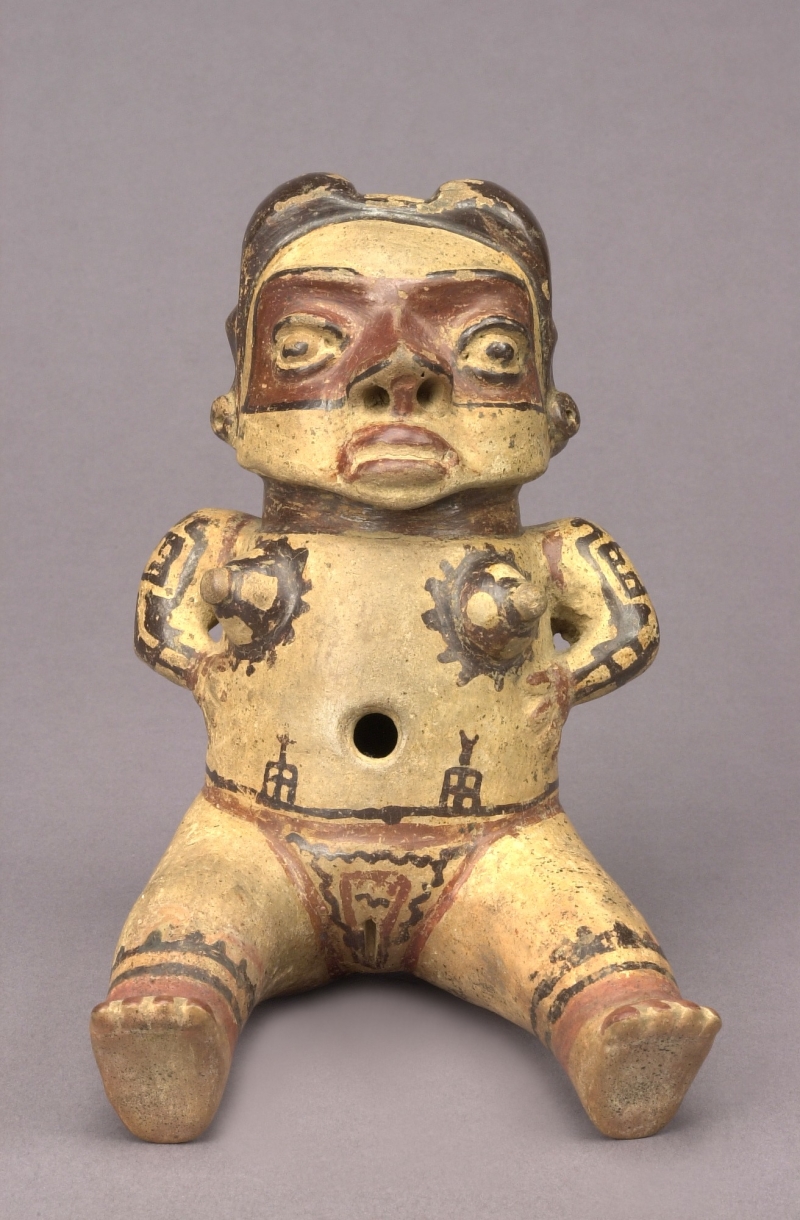 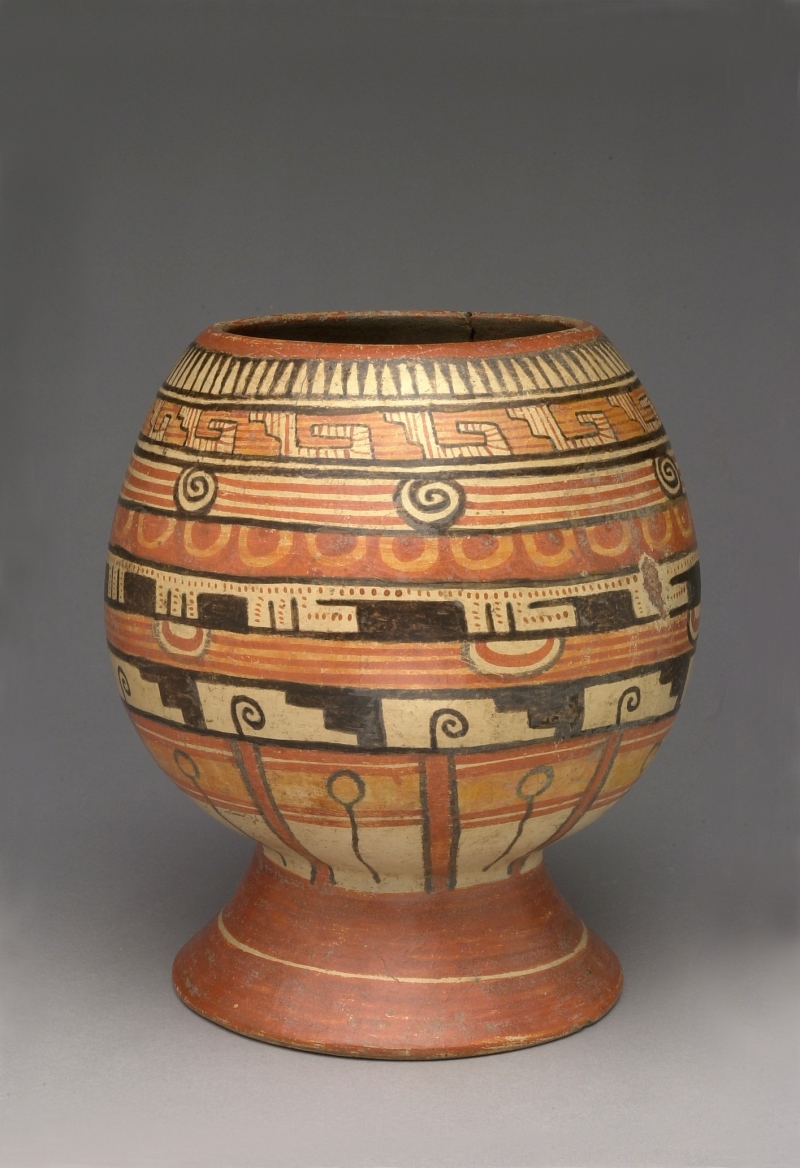 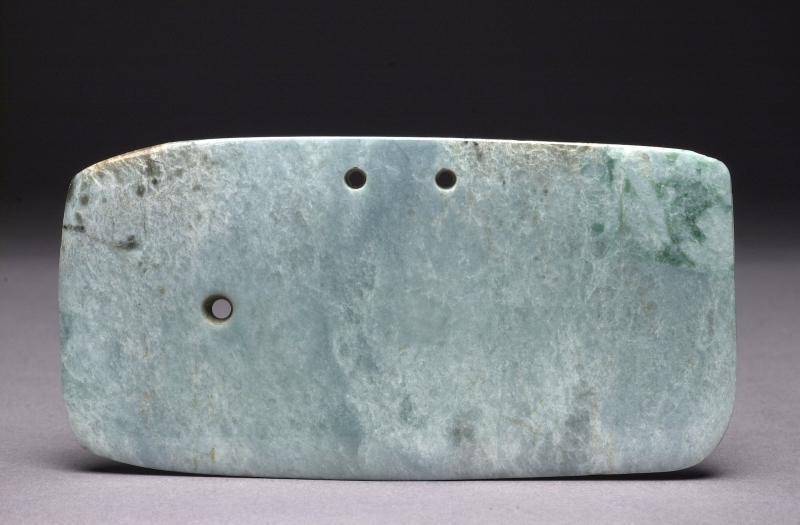 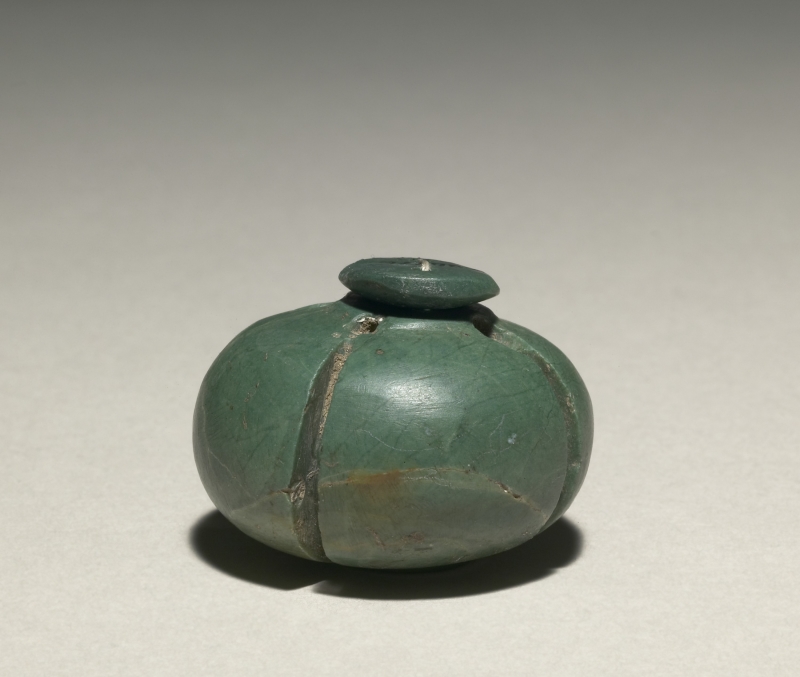 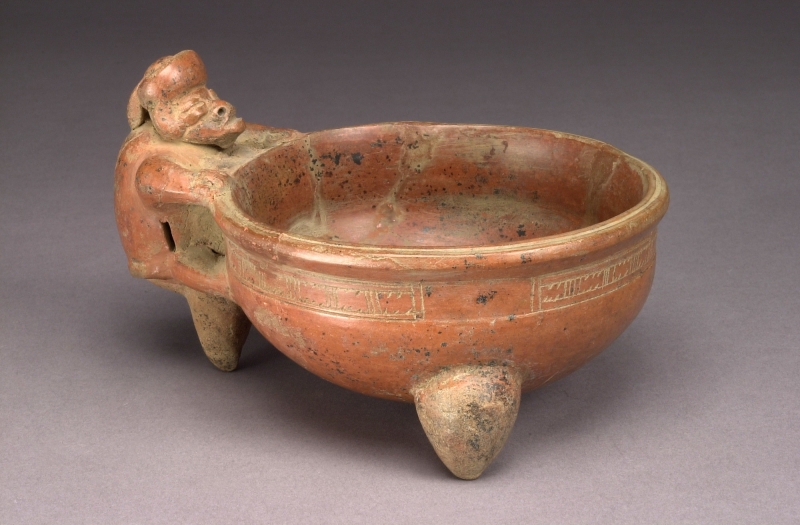