Collection of Frederick and Jan Mayer

This incense burner (or "incensario") lid mimics the style of similar objects made at the central Mexican city of Teotihuacán. The domed substructure of the lid and the motifs depicted on it, however, identify it as having been made in the Tiquisate region of Escuintla, located along the south coast of Guatemala. To see the difference in construction and decoration, compare this lid against those made at Teotihuacán, such as 1965.207A-B, 1985.501, and 1985.625A-B.

In the center of the incensario lid one encounters the human face of a "butterfly warrior," which may represent a mummy bundle wearing a face mask. When in use, smoke would have issued from this figure's eyes, creating a dramatic supernatural effect. In central Mexico, it was believed that the souls of dead warriors were resurrected as fiery butterflies in the flowery Otherworld. This theme found great popularity in the Teotihuacán-influenced art of Pacific Coastal Guatemala. The figure wears an enormous nosepiece in the form of an abstracted butterfly. He also wears a multi-strand beaded necklace and large two-tiered earspools, and holds a staff and banner in his hands. The figure's headdress doubles as a temple or architectural enclosure, decorated with feather-edged mirrors, flowers, and a fringed cloth with two triple mountain motifs at its corners. Above this, a quetzal bird with the wings and antennae of a butterfly is shown in descent. The butterfly warrior looks out above a simple frame, marked with three triple-mountain motifs, as though peering out of a temple doorway or window. The triple-mountain motif appears to have referenced the center of the world, representing the three-stone hearth, the place of the earth's first beginnings, on a mountainous scale.

The conical base of the incensario lid is flanked by two large earspools. In the center, a mirror with butterfly wings hovers above a bracket-shaped motif filled with waves and shells. While the winged mirror is a symbol of fire, the bracket element symbolizes a body of water, such as a lake. Scholarly research has shown that these elements, when combined, likely reference the nearby Volcano Pacaya and Lake Amatitlán, a spectacular natural landscape that was visited by populations near and far and served as the focus of pilgrimage and offering rituals for millennia. 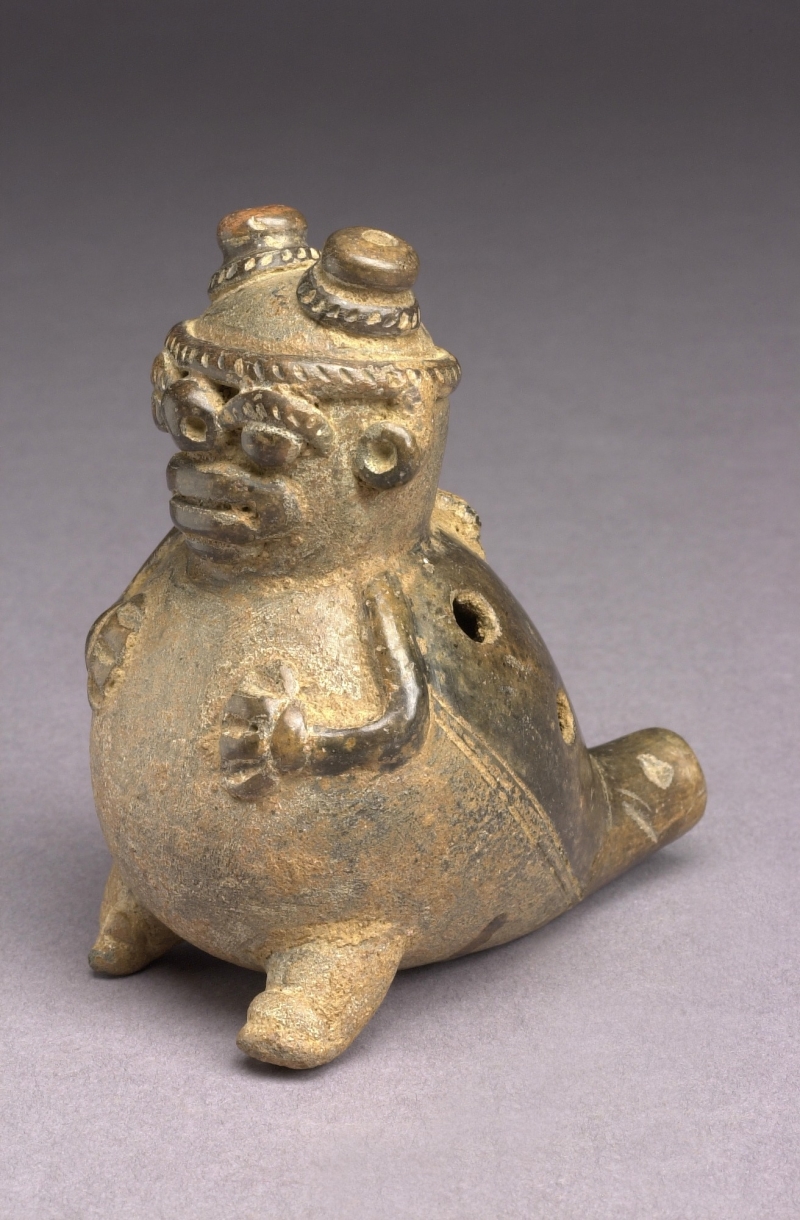 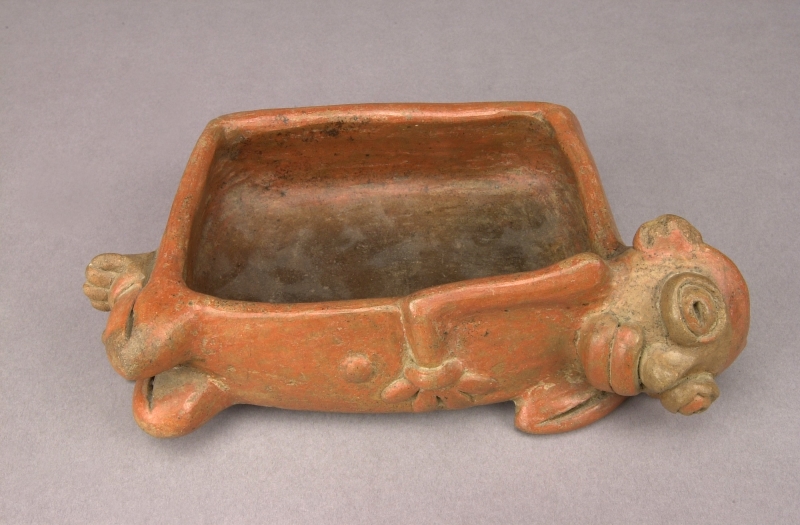 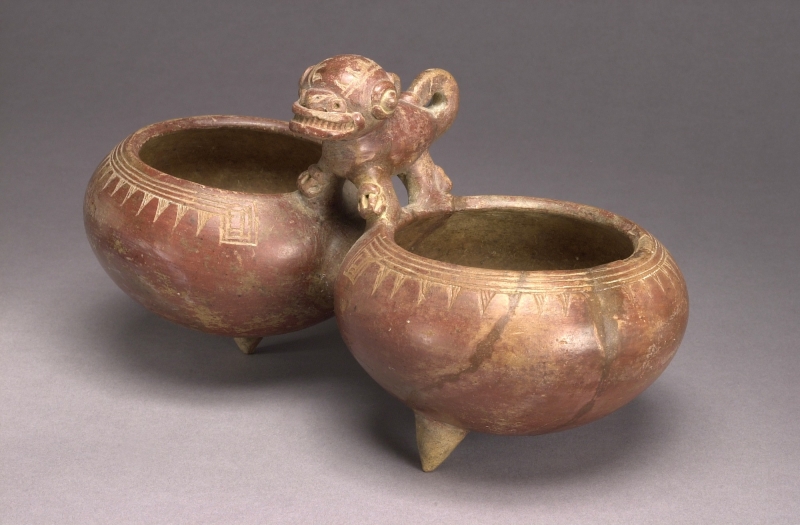 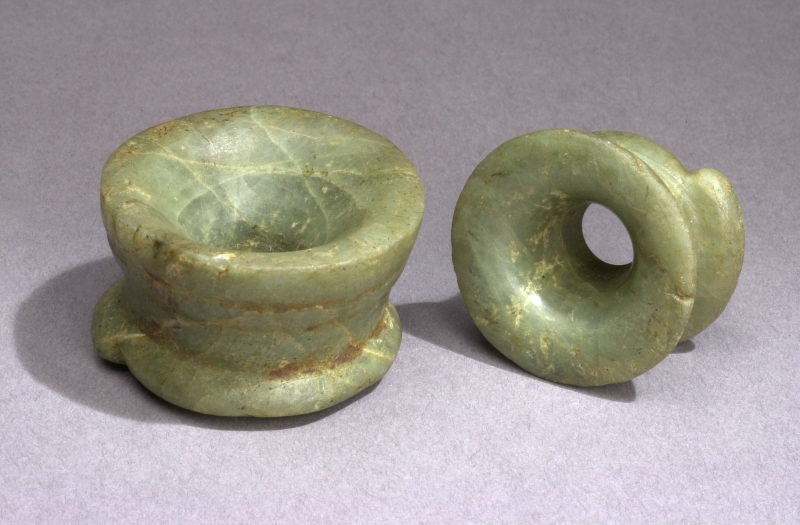 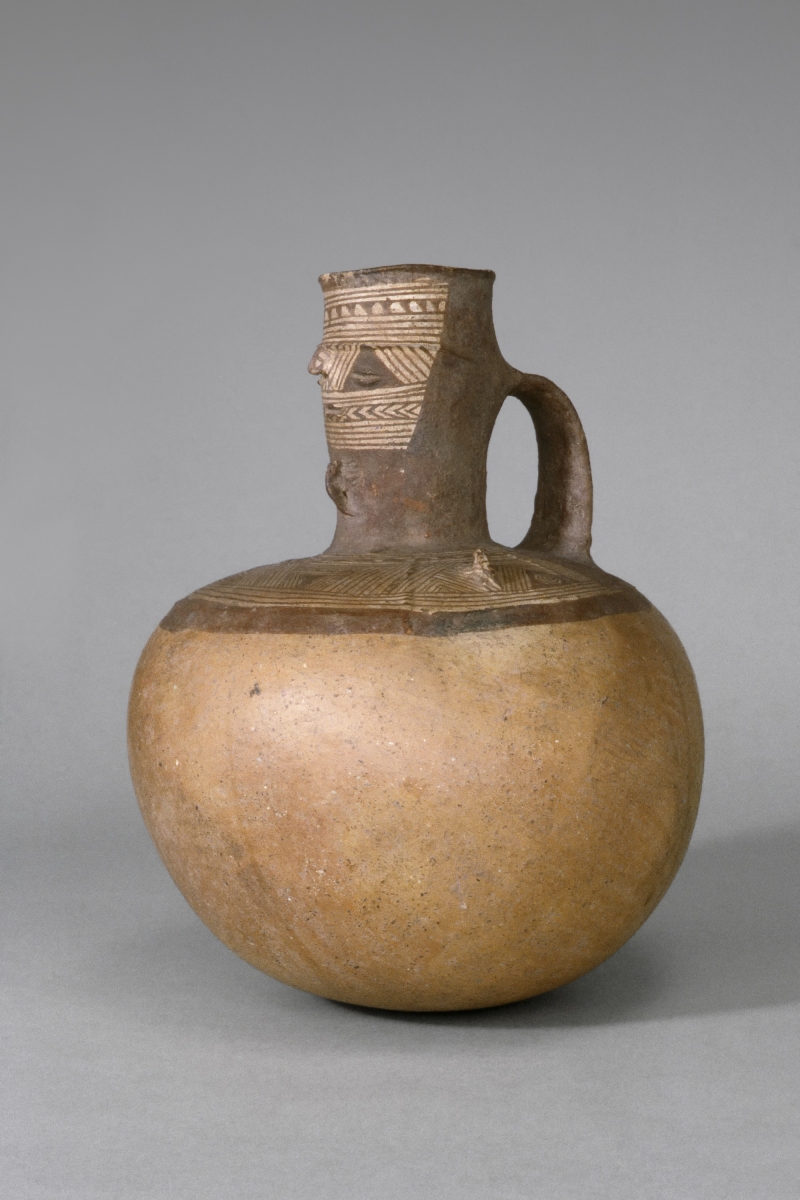 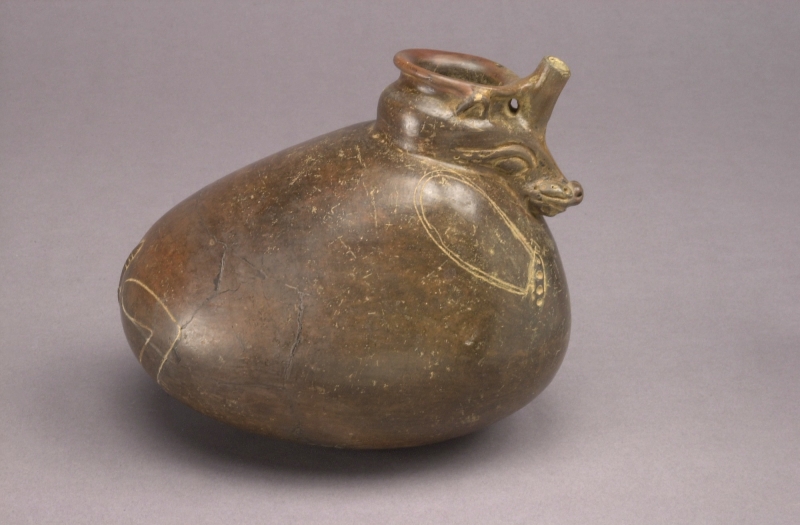