Fine gray clay with burnishing and slip at lip. Mold-impressed, then hand-finished.

This cylindrical tripod is mold-impressed with two identical panels, each framed by a border of thick rings. The lower edge of the vessel is decorated with a single row of appliques in the shape of cacao beans. Cacao, highly valued and widely traded, was produced along the Pacific Coast of Guatemala, where this vessel was made. The vessel's three slab-shaped feet have been broken off, possibly in order to prepare the vessel for burial.

Each panel depicts two figures playing the ballgame, a ritualized sport replete with metaphorical allusions to solar and agricultural cycles. In the Classic Maya world, the ballgame was most frequently played in an I-shaped court, with a central playing alley and two end zones. Ring-shaped markers were sometimes placed along the slanted walls of the central alley, and additional circular markers were often inset into the ground. Players wearing heavily padded clothing hit the ball with their body, arms, legs, and hips. In this version of the game, it appears to have been illegal to strike the ball with one's feet or hands.

At the center of each panel, the rubber ball is shown as a tied bundle containing a human skull. The skull likely refers to the common association of the ballgame with sacrifice by decapitation (see, for instance, 1980.237). Some propose that rubber, at times, was wrapped around a defleshed skull in order to create a ball for play, although no examples of this have yet been found archaeologically. Bundles containing precious items are common in Maya art, so this bundled skull also appears to reference the widespread Mesoamerican belief that the human head was a precious thing. Like a seed or a maize kernel, it was considered powerful and generative (for more on this topic, see 1971.413).

In each scene, the ball hovers above a double-headed serpent with a stepped cleft in its back, a representation of an animated ballcourt. The ballgame was conceptualized as a recreation of the battle of the sun against the lords of the Underworld each night, fighting to be reborn each day at dawn. This cleft motif, then, doubles as an earth entrance, metaphorically locating this contest in the Underworld. Flanking the ball and stepped cleft are two human figures, arms flung out and knees bent to show they are in vigorous athletic motion. Differences in their costumes demonstrate they are members of opposing teams. The left-hand figure wears a bat-butterfly headdress, jeweled shin guards, and a padded belt or "yoke." The right-hand figure wears a serpent headdress, a serpent-faced kneepad, and a yoke carved with a serpent face. Both figures wear back-masks in the form of human faces.

Both figures (and the back-mask worn by the left-hand figure) are shown with speech scrolls marked by a flower blossom, a common Mesoamerican means of depicting ritualized speech or song as "flowery" or otherwise beautiful offerings. The ballgame was a key aspect of ceremonial and religious life throughout Mesoamerica. Victory ensured that the earth's cycles would continue: agricultural crops would flourish each year and the sun would rise each day. 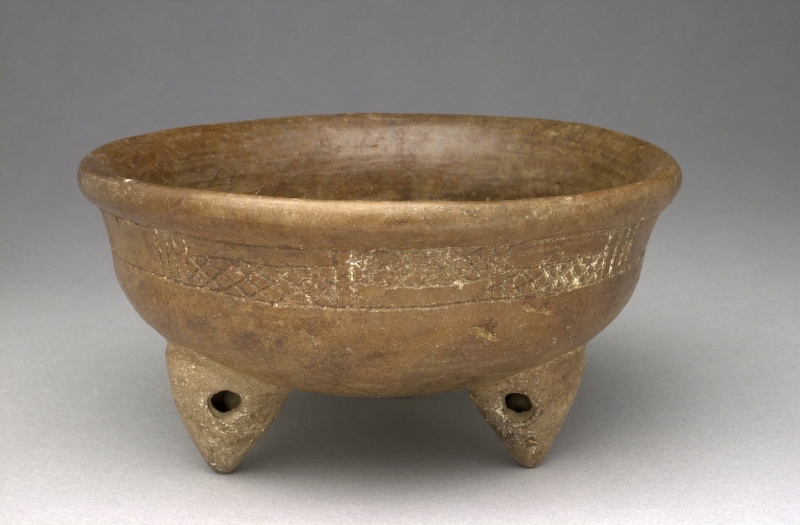 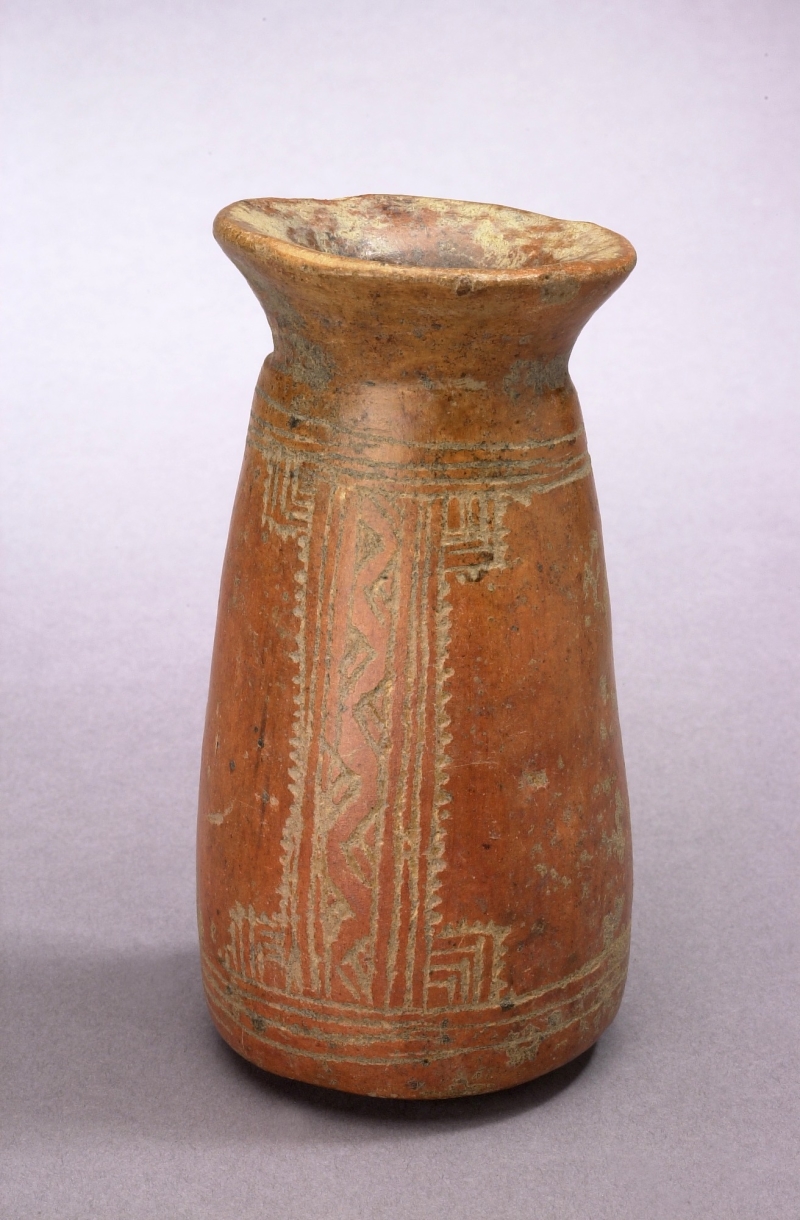 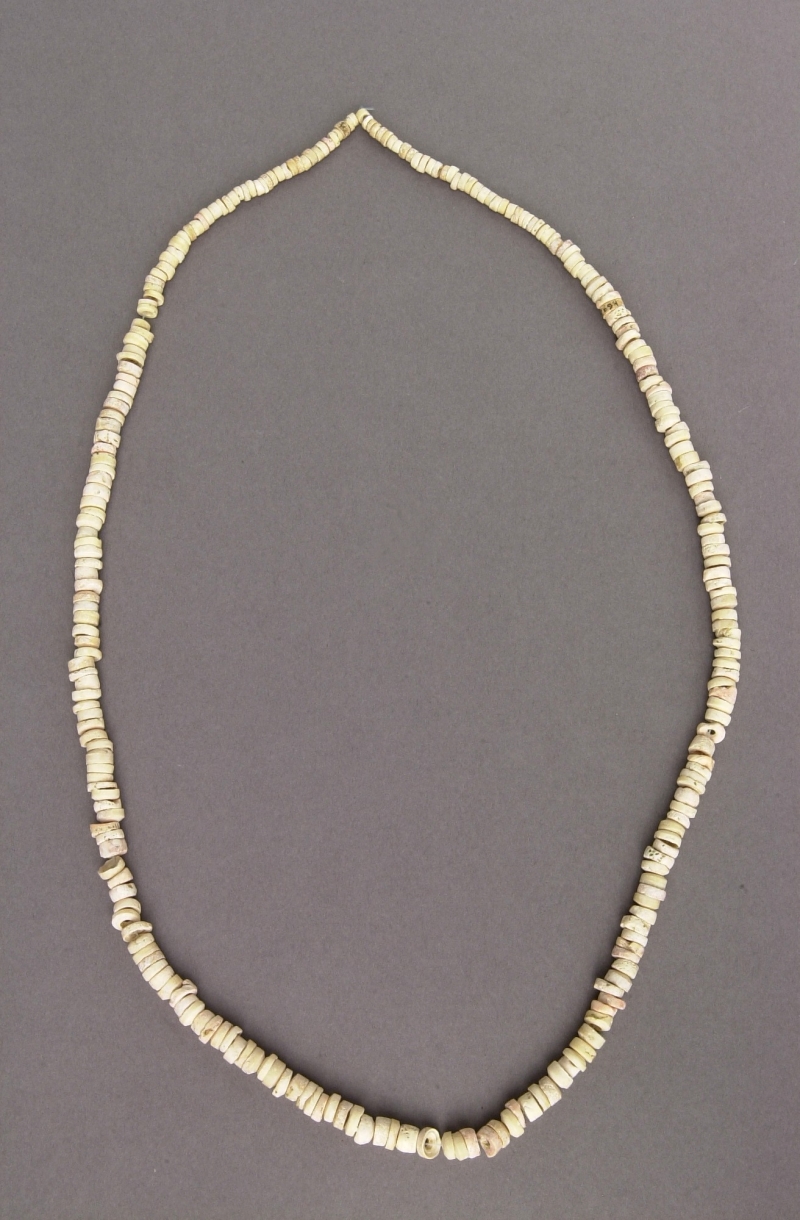 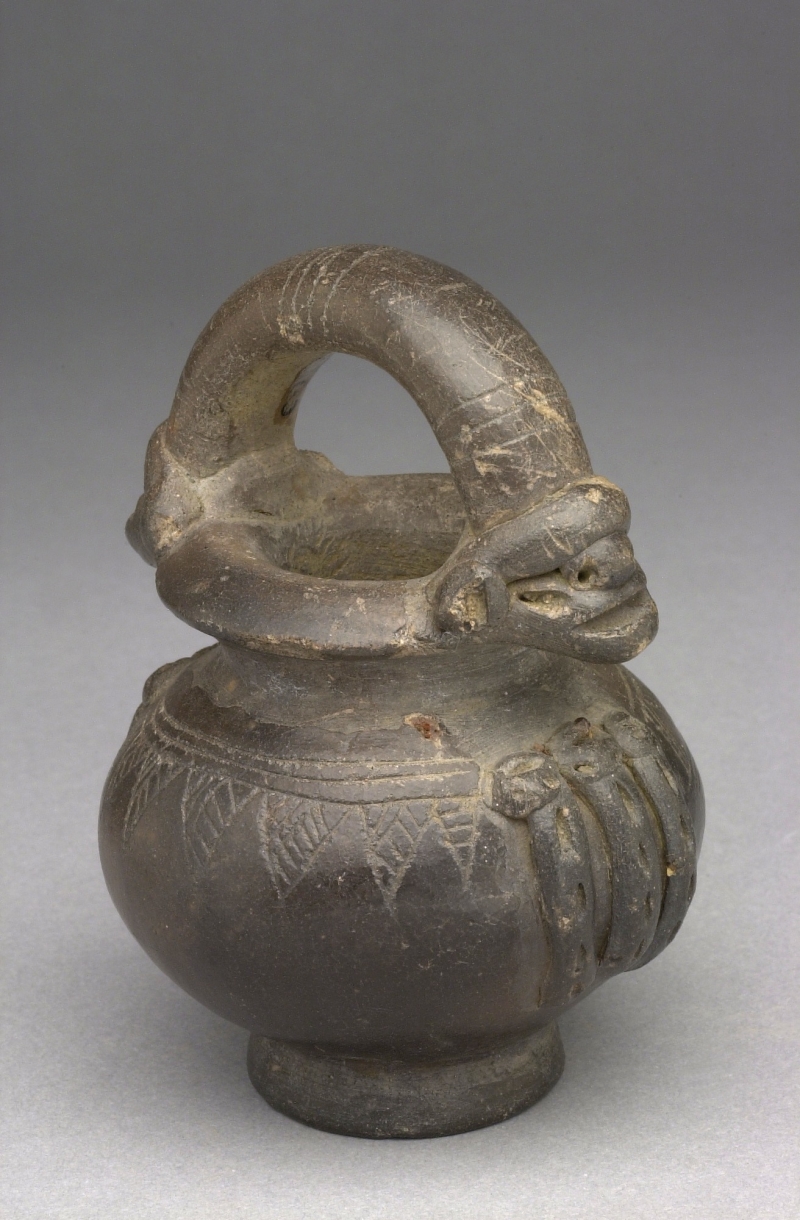 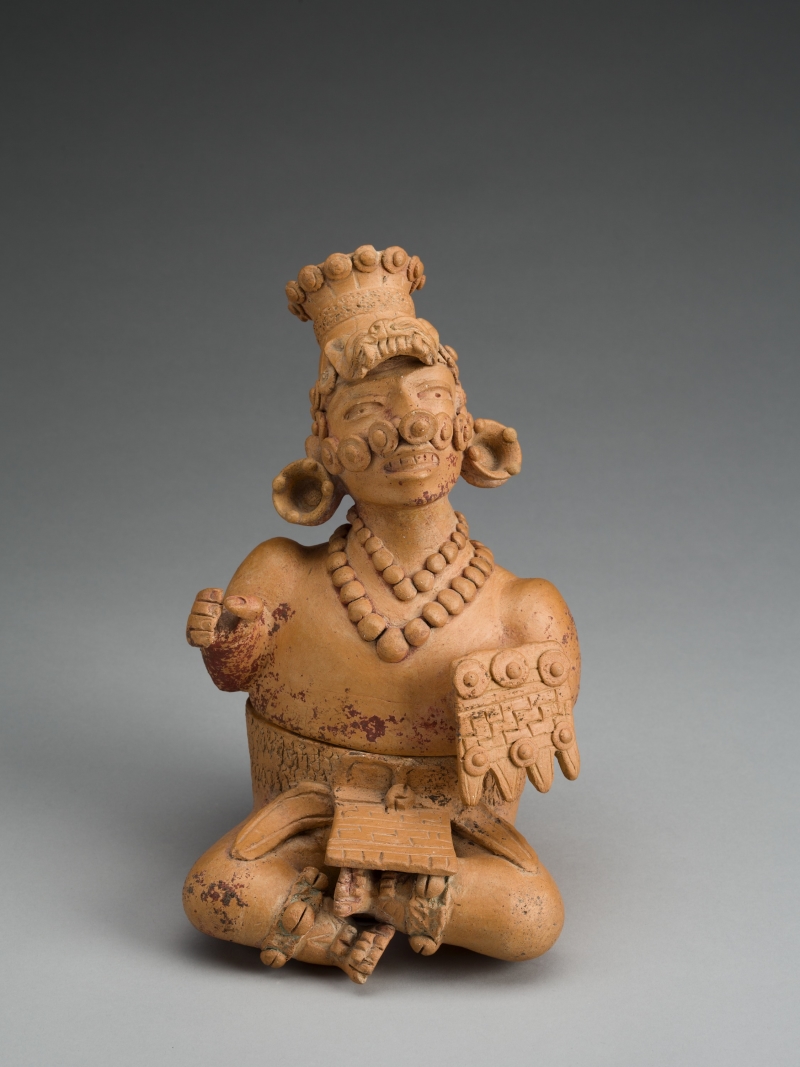 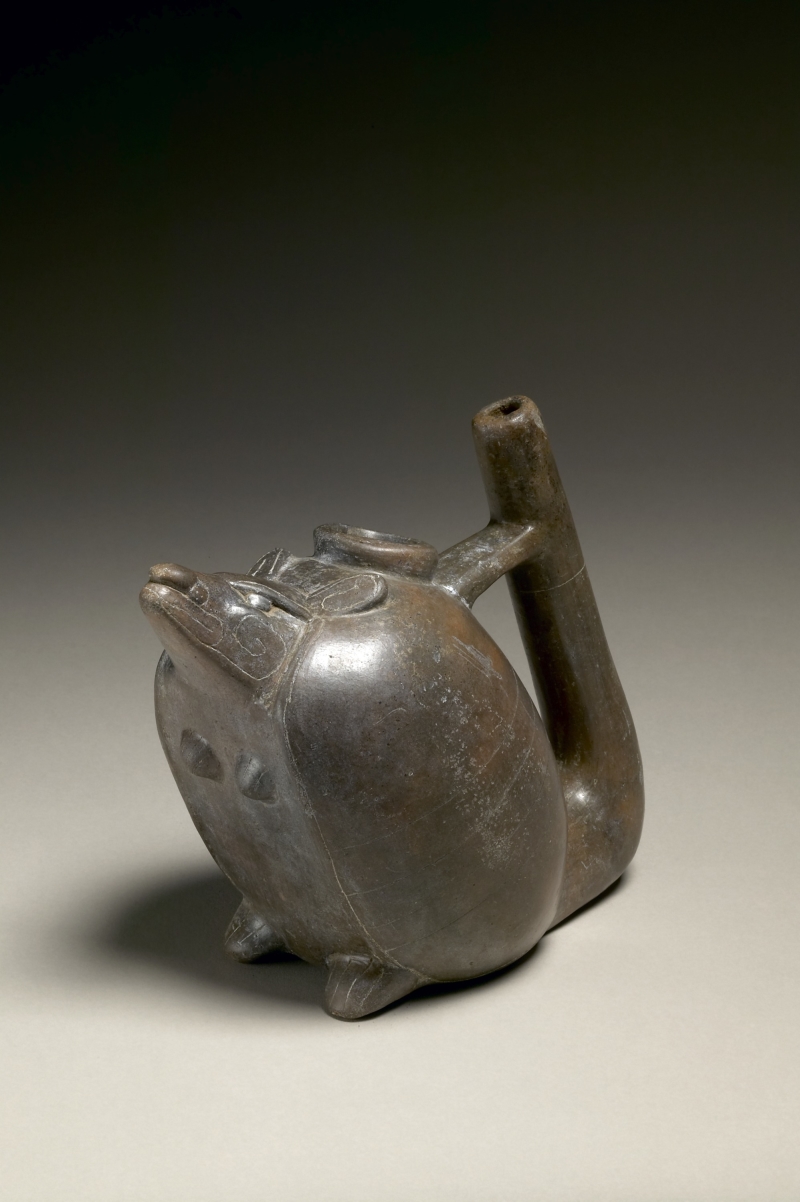