Gift of May D&F Co. in honor of David Touff

Large, hollow ceramic figures and vessels from Colima in West Mexico are characterized by naturalistic modeling and smoothly polished red surfaces.  Potters manufactured both human figures and a variety of animal species, including ducks, parrots, armadillos, turtles, and crustaceans.  Most popular of all were ceramic dogs, generally represented with large heads, rotund bodies, and short, stout legs.  Dogs were eaten as a food in ancient Mexico, so ceramic dogs may have been placed in tombs as sustenance for the afterlife.  This example also functioned as a wide-mouthed jar, probably for serving liquids.  In addition, dogs were widely believed to guide and protect the souls of the deceased, making ceramic dogs fitting tomb offerings. 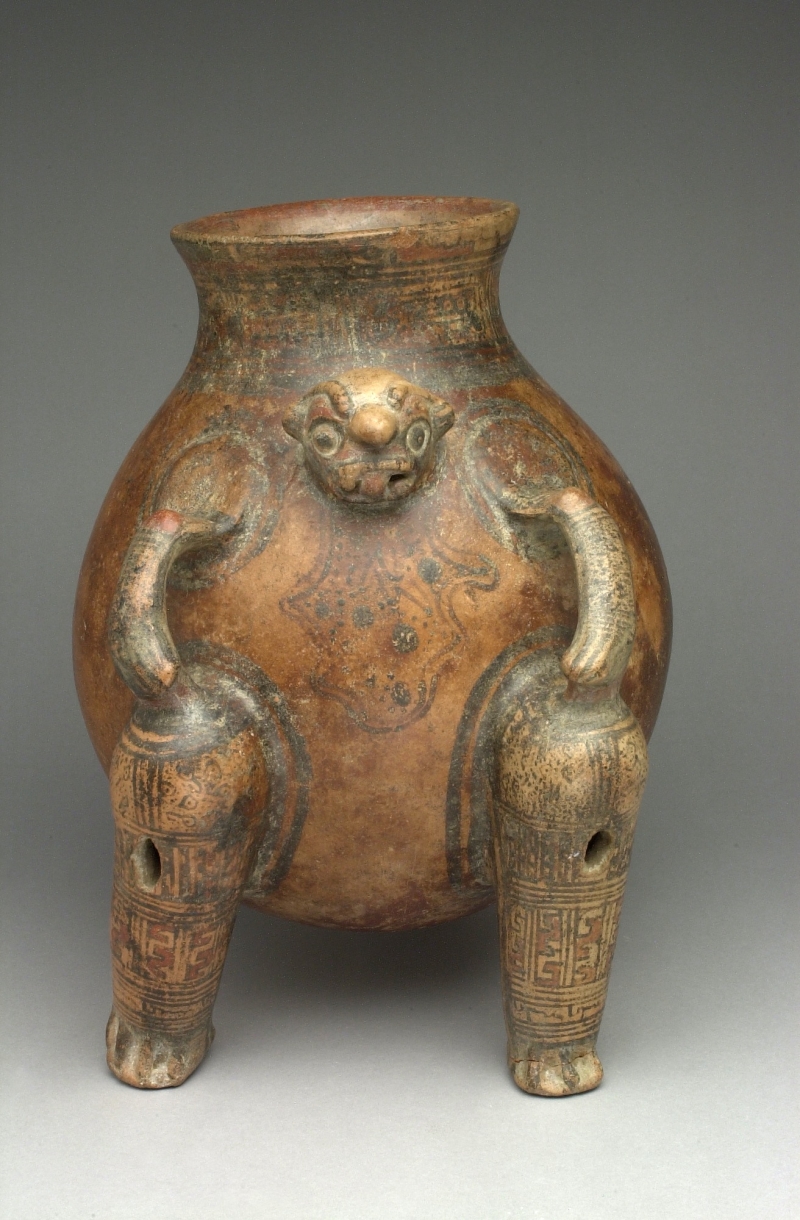 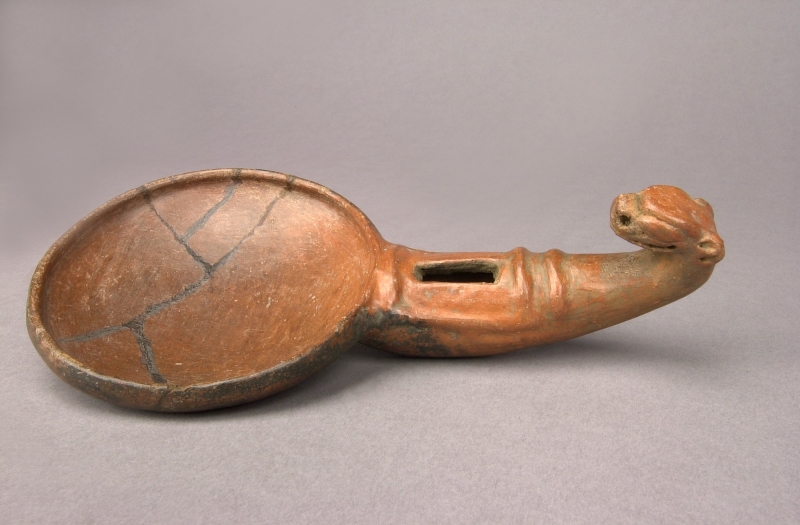 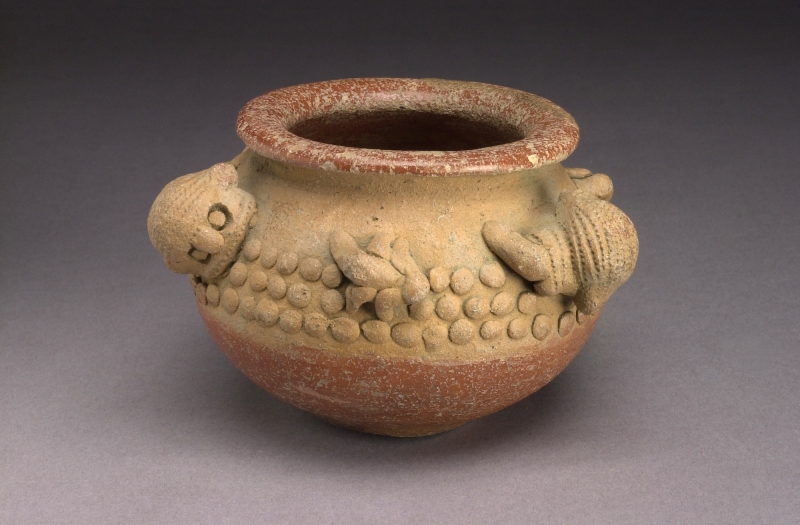 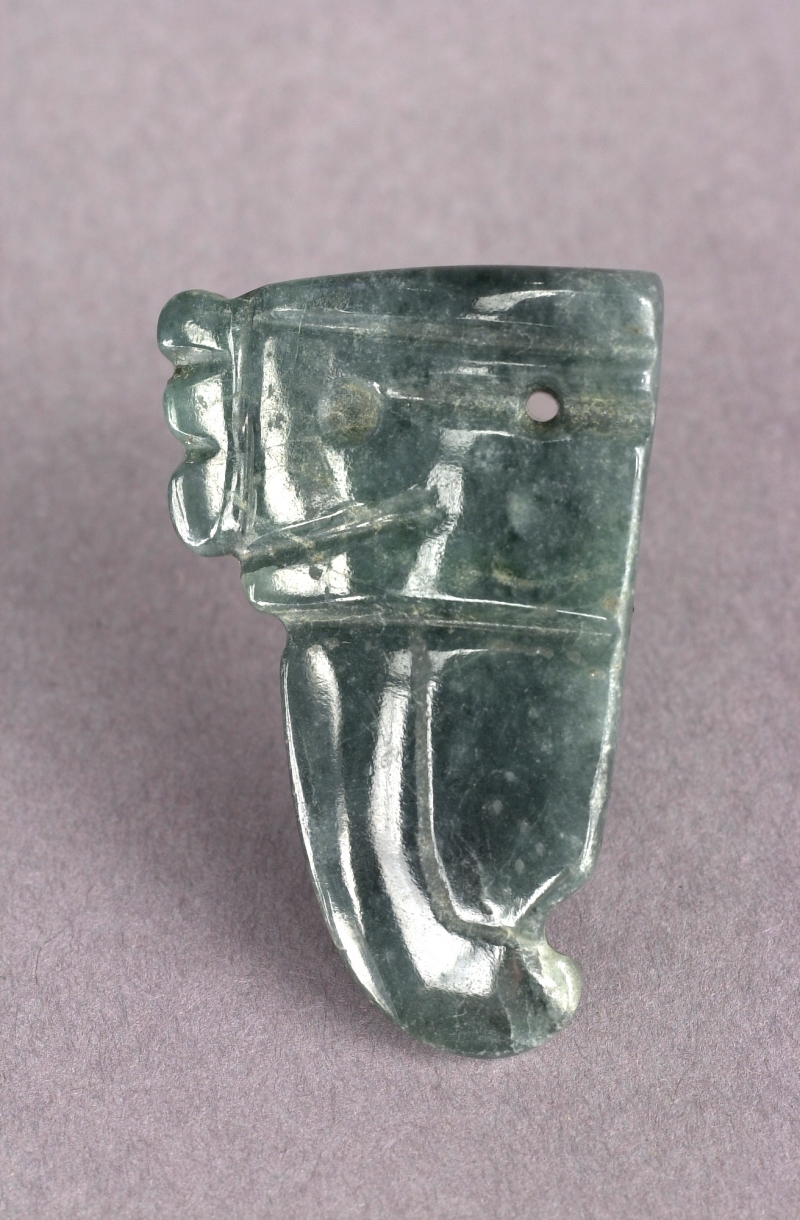 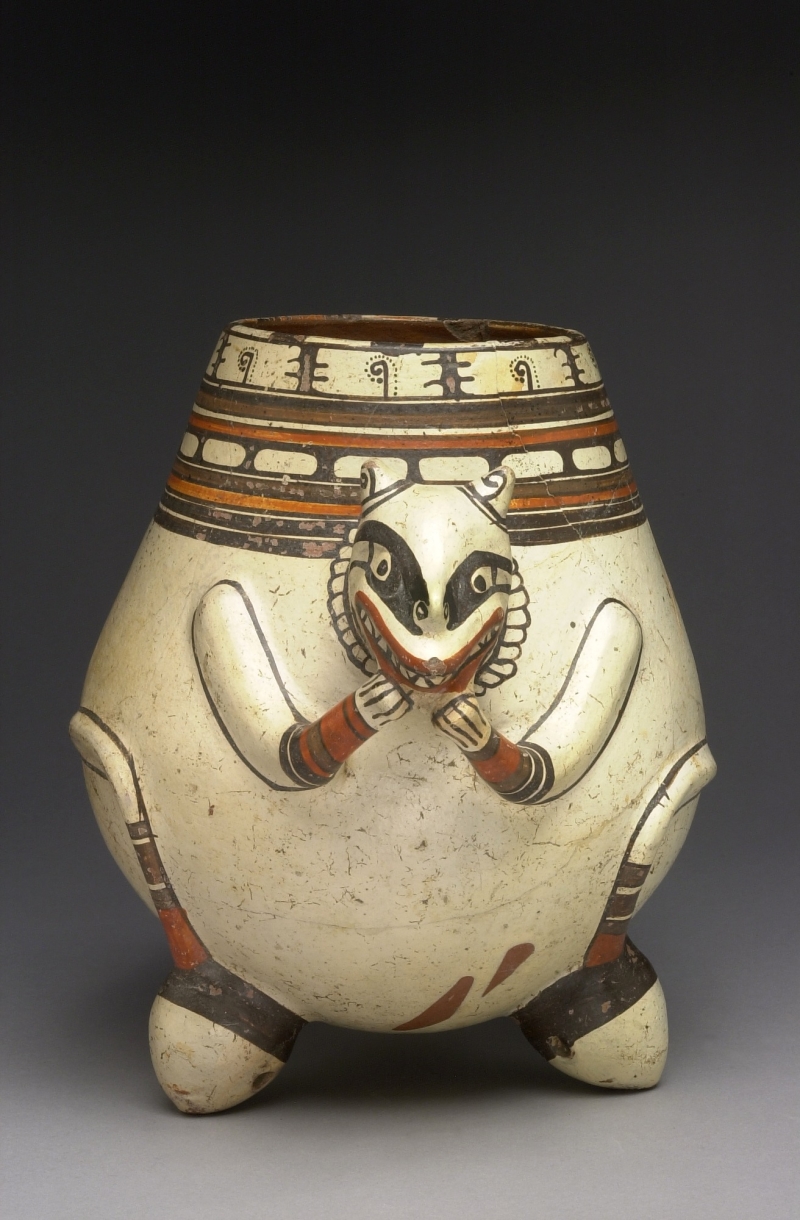 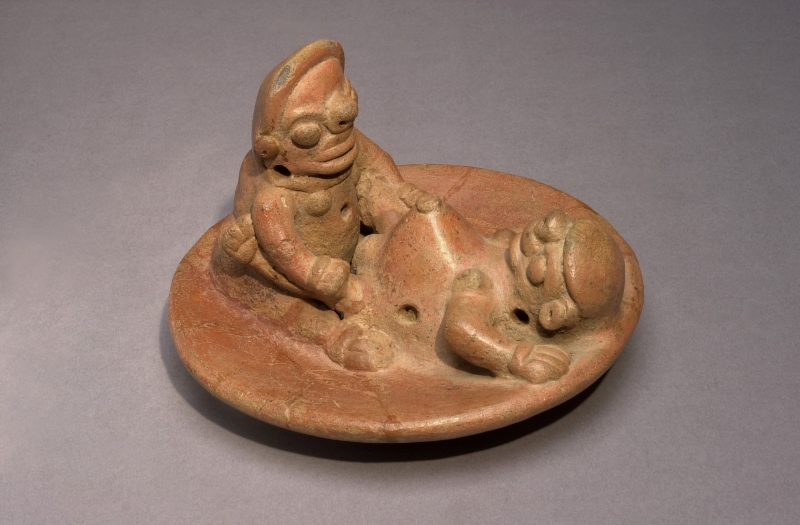