Students will use innovation to create an object and develop the illusion that it is made from something not traditionally associated with the nature of the object.

*You can spread the lesson out over four days if you prefer, or combine various activities into single lessons if you want the lesson plan to be less spread out. 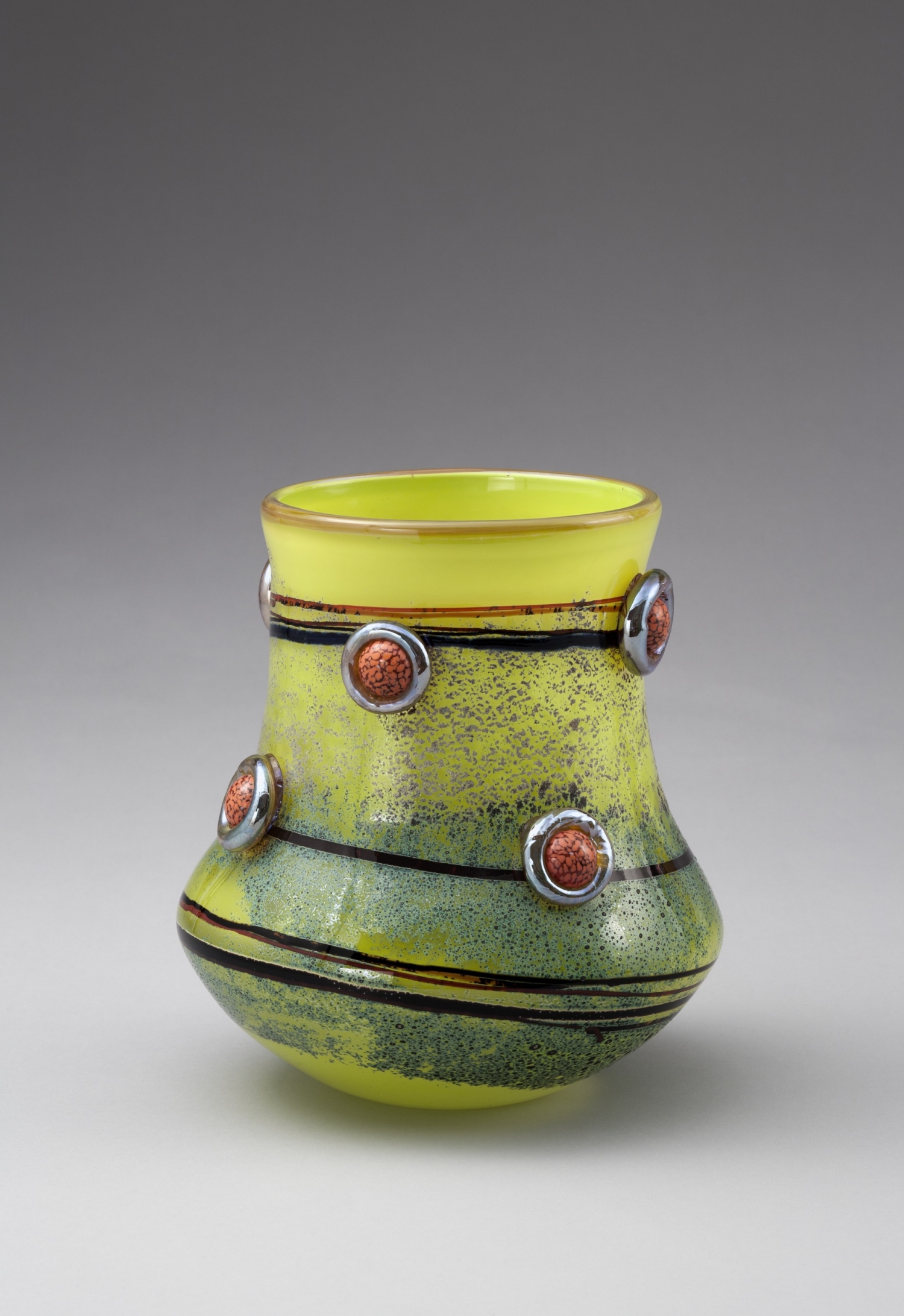 Tony Jojola (Ho-ho-la) is one of the most innovative glass artists in the United States. He was born in Isleta Pueblo in New Mexico in 1958 and grew up surrounded by artists. His grandfather and father were silversmiths and his grandmother was a potter. Jojola first learned glassblowing techniques at the Institute of American Indian Arts in Santa Fe, and then studied with internationally renowned glass artist Dale Chihuly at Pilchuck Glass School. After achieving career success, Jojola founded the Taos Glass Arts and Education program, which teaches young people how to express themselves in glass.

As more Pueblo artists learn to work in glass, the question of what is “traditional” comes up. Jojola looks at it this way: “Lots of people think silver is a traditional Native American medium, but it wasn’t in the beginning.”

Jojola’s family and cultural background have significantly influenced his work. He learned pottery making from his grandmother and continues to shape traditional forms, using glass instead of clay. “I feel that glass relates to clay very strongly,” he says. “To me, glass is like clay you can’t touch.” Jojola also honors his family by using his grandfather’s silver jewelry stamps on some of his glass vessels.

Jojola's time at the Pilchuck Glass School and exposure to artists like Vincent van Gogh also play a pivotal role in the work he creates. “I continue to rely on my culture for inspiration, but I want to be known as a contemporary artist, an innovator,” Jojola says.

The shape of Untitled (Kilt Series 06) is reminiscent of the form of traditional Isleta Pueblo jars, such as the one shown in this image here.

Jojola is known for his use of bright, distinctive colors, like this lime green with accents of red and black. “I love color, I love Van Gogh, but those paintings are not what inspired me. The colors I love are the ones we have in the world of New Mexico,” he says.

Working from drawings, Jojola applies colored threads of glass with a hot torch while an assistant holds the piece steady. Jojola employs several skilled assistants because the glassblowing process requires him to move quickly and leaves little room for error.

Jojola rolls or dips the glass in silver dust to create a sparkly surface.

Jojola used Hubbell beads, originally sold at the Hubbell Trading Post in the late 1880s and 1890s, to embellish this vessel. The owner and founder of the trading post most likely bought the beads from Czech beadmakers and resold them to American Indian artists. We can assume that Jojola bought or collected these beads to use in his art.