Imagine viewing a painting without actually seeing it.

Imagine landscapes, portraits, and scenes that you can see through touch and feel.

For some museum patrons, this is the reality. And with help from sculptor and Colorado Center for the Blind art teacher Ann Cunningham, the Denver Art Museum has made huge strides in making art accessible to patrons who are blind and visually impaired.

Cunningham began as a sculptor with a special interest in low-relief. This is when a sculpture is carved out of a slab and emanates from the slab.

'Figure out what it was just by touch'

“One day I was hanging one of these pieces and I wondered if someone could figure out what it was just by touch,” Cunningham said.

This thought continued to pique Cunningham’s interest, and she participated in a show held at a local gallery that was fully juried by touch. All pieces needed to be tactile and judged on how touch-friendly they were while still maintaining their artistic integrity.

Cunningham said that they received a piece that was made of cardboard and looked as if it had been ruined by water damage.

But despite the haggard look, she said, “in a minute I was at the beach.”

The importance of access to art became an even more pronounced cause for Cunningham when she began teaching art classes at the Colorado Center for the Blind in the late 1990s.

“One of the basic ways people learn at the museum is through pictures,” Cunningham said. She continued on to say that relating this to people who are blind or visually impaired is an important thing to consider, especially when it comes to art.

Cunningham said that sighted kids learn through pictures and are taught how they work without people really thinking about it. So, finding ways to get these uneven experiences on the same level is a challenge, but it can be done through tactile art.

As one participant shared with Cunningham, “You see it better when you feel it.”

She is one of the artists demonstrating sculpture in the Sculpture Studio at the DAM this summer. She will be demonstrating stone carving twice at the museum in late August.

For her demonstration, Cunningham has been creating a relief of a wolf. She said the best way to experience the piece is to stand at the tail of the wolf, reach forward, and begin feeling at the wolf’s teeth. You then move your hands backward, feeling the snarling lips, the pointed ears, and the hunched back.

“You become part of the piece. You almost become the wolf,” she said as she demonstrated how to experience her wolf relief.

But she says the biggest challenge, which was a concern for her when creating her wolf piece, is how far someone is able to reach. A tactile piece becomes inaccessible if you can't get your hands on it.

“The reach of someone is the real challenge, not the fact that they are blind,” Cunningham said.

With this in mind, Cunningham began working at the DAM in early 2000 creating tactile tables for special events put on by the access programs department.

Visitors experience art in a new way with tactile tables

Throughout the year, docents with special training set up in a specific gallery in the museum. They help facilitate tactile tables for all visitors interested in experiencing the art in an entirely new way. The tables can be anything from plaster recreations of paintings to landscapes recreated in craft supplies.

In a recent tactile event, Cunningham recreated a landscape painting by Albert Bierstadt. For this, she used paste-like gesso, glass beads, sculpture paste, and other materials to create mountains, trees, and rivers.

Cunningham said that many blind and visually impaired art patrons are concerned with running into something sharp or hurtful when feeling through the art, so she makes this concern her top priority. “You don’t want it to hurt,” she said.

But despite many challenges, Cunningham said that the work is more than worth it.

“I really believe [visually impaired visitors] feel like they’ve seen the painting and could describe it to someone else to the point where a sighted person would recognize it if they saw it,” she said. “You see it better when you feel it.”

The next tactile table event will feature paintings by Giuseppe Arcimboldo, which are currently on display on level six of the North Building in the Bernadette Berger Discovery Library.

Not only is this access to art important to Cunningham, but the way the projects increase awareness is also a great encouragement for her work.

“People may wonder, ‘Why would a blind person come to an art museum?’” Cunningham said. “People are capable of things beyond what we can imagine, and if we don’t challenge those myths, nothing will change.”

DAM access coordinator Sally McCance contributed the videos, all captured this year, for this article.

Image: Denver Art Museum collaborator and local Denver sculptor Ann Cunningham utilizes one of the tactile art objects she created for the DAM, a tactile reproduction of the painting Herd of Buffalo by William Jacob Hays, to demonstrate the process of experiencing art in a tactile format. Assisting Ann is former Denver Art Museum access intern and Colorado Center for the Blind graduate Melissa Fishburn. 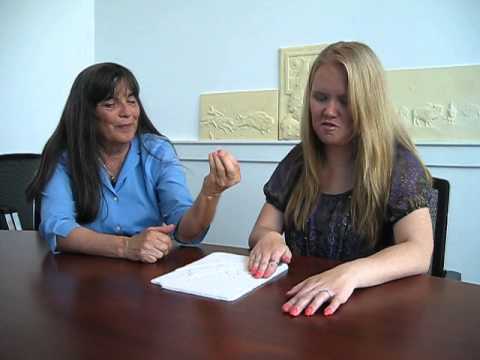 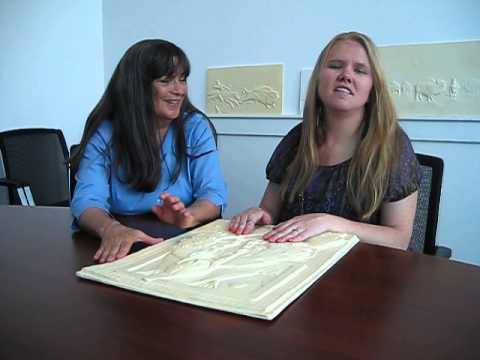 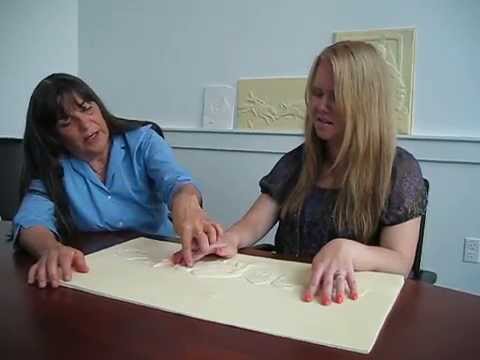 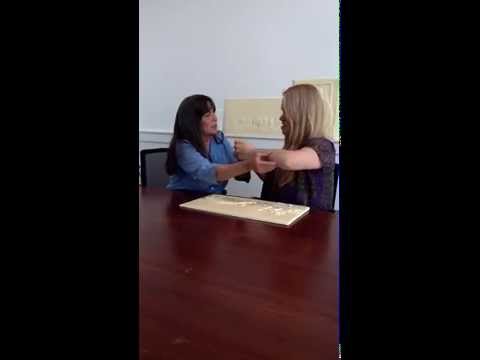 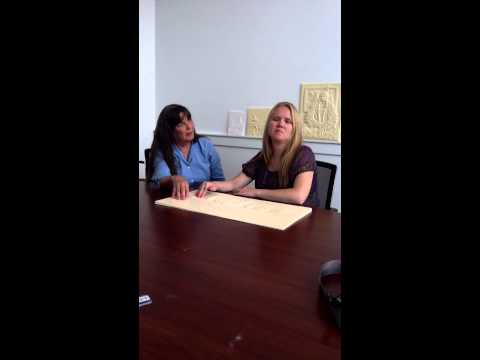 Mackenzie McCreary was a digital communications intern in the communications department at the Denver Art Museum in summer 2014. Her favorite installation that had been on view here is Fox Games. She expects to graduate in 2015 from Arizona State University, where she studies journalism and art history.